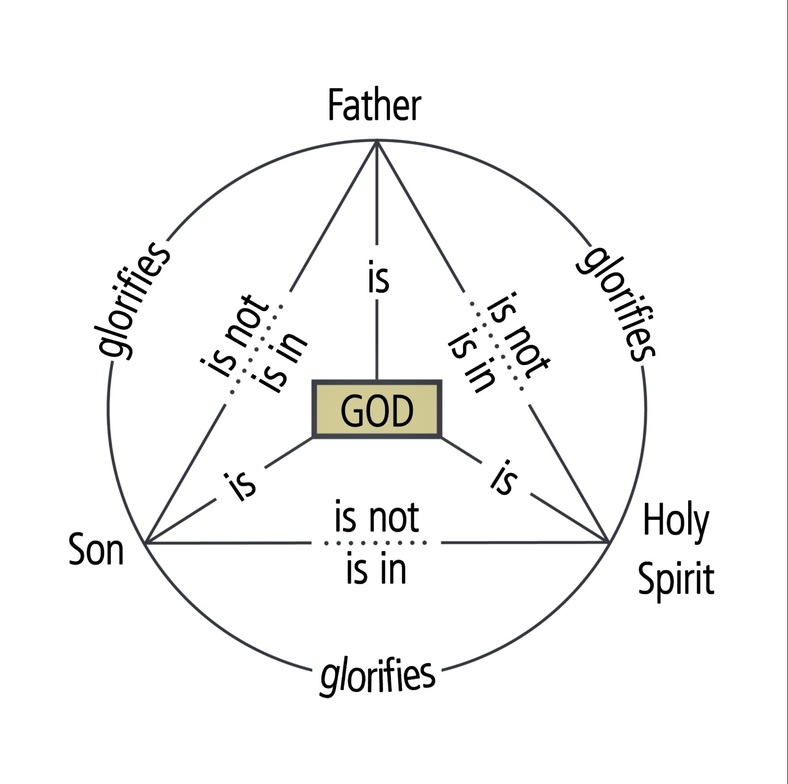 If an attribute is something true of God, it is also something that we can conceive as being true of Him. God, being infinite, must possess attributes about which we can know. An attribute, as we can know it, is a mental concept, an intellectual response to God’s self-revelation. It is an answer to a question, the reply God makes to our interrogation concerning himself.

What is God like? What kind of God is He? How may we expect Him to act toward us and toward all created things? Such questions are not merely academic. They touch the far-in reaches of the human spirit, and their answers affect life and character and destiny.

The idea that God reveals Himself in the creation is not held with much vigor by modern Christians; but it is, nevertheless, set forth in the inspired Word, especially in the writings of David and Isaiah in the Old Testament and in Paul’s Epistle to the Romans in the New. In the Holy Scriptures the revelation is clearer:

The heavens declare Thy glory, Lord, In every star Thy wisdom shines; But when our eyes behold Thy Word, We read Thy name in fairer lines. Isaac Watts

And it is a sacred and indispensable part of the Christian message that the full sun-blaze of revelation came at the incarnation when the Eternal Word became flesh to dwell among us.

Though God in this threefold revelation has provided answers to our questions concerning Him, the answers by no means lie on the surface. They must be sought by prayer, by long meditation on the written Word, and by earnest and well-disciplined labor. However brightly the light may shine, it can be seen only by those who are spiritually prepared to receive it.

”Blessed are the pure in heart, for they shall see God.”

If we would think accurately about the attributes of God, we must learn to reject certain words that are sure to come crowding into our minds - such words as trait, characteristic, quality, words which are proper and necessary when we are considering created beings but altogether inappropriate when we are thinking about God. We must break ourselves of the habit of thinking of the Creator as we think of His creatures. It is probably impossible to think without words, but if we permit ourselves to think with the wrong words, we shall soon be entertaining erroneous thoughts; for words, which are given us for the expression of thought, have a habit of going beyond their proper bounds and determining the content of thought. “As nothing is more easy than to think,” says Thomas Traherne, “so nothing is more difficult than to think well.” If we ever think well it should be when we think of God.

A man is the sum of his parts and his character the sum of the traits that compose it. These traits vary from man to man and may from time to time vary from themselves within the same man. Human character is not constant because the traits or qualities that constitute it are unstable. These come and go, burn low or glow with great intensity throughout our lives. Thus a man who is kind and considerate at thirty may be cruel and churlish at fifty. Such a change is possible because man is made; he is in a very real sense a composition; he is the sum of the traits that make up his character.

We naturally and correctly think of man as a work wrought by the divine Intelligence. He is both created and made. How he was created lies undisclosed among the secrets of God; how he was brought from no-being to being, from nothing to something is not known and may never be known to any but the One who brought him forth. How God made him, however, is less of a secret, and while we know only a small portion of the whole truth, we do know that man possesses a body, a soul, and a spirit; we know that he has memory, reason, will, intelligence, sensation, and we know that to give these meaning he has the wondrous gift of consciousness. We know, too, that these, together with various qualities of temperament, compose his total human self.

These are gifts from God arranged by infinite wisdom, notes that make up the score of creations loftiest symphony, threads that compose the master tapestry of the universe.

But in all this we are thinking creature-thoughts and using creature-words to express them. Neither such thoughts nor such words are appropriate to the Deity. “The Father is made of none,” says the Athanasian Creed, “neither created nor begotten. The Son is of the Father alone, not made, nor created, but begotten. The Holy Spirit is of the Father and the Son: not made nor created, nor begotten, but proceeding.” God exists in Himself and of Himself. His being He owes to no one. His substance is indivisible. He has no parts but is single in His unitary being.

The doctrine of the divine unity means not only that there is but one God; it means also that God is simple, uncomplex, one with Himself. The harmony of His being is the result not of a perfect balance of parts but of the absence of parts. Between His attributes no contradiction can exist. He need not suspend one to exercise another, for in Him all His attributes are one. All of God does all that God does; He does not divide himself to perform a work, but works in the total unity of His being.

An attribute, then, is a part of God. It is how God is, and as far as the reasoning mind can go, we may say that it is what God is, though, as I have tried to explain, exactly what He is He cannot tell us. Of what God is conscious when He is conscious of self, only He knows. “The things of God knoweth no man, but the Spirit of God.” Only to an equal could God communicate the mystery of His Godhead; and to think of God as having an equal is to fall into an intellectual absurdity.

The divine attributes are what we know to be true of God. He does not possess them as qualities; they are how God is as He reveals Himself to His creatures. Love, for instance, is not something God has and which may grow or diminish or cease to be. His love is the way God is, and when He loves He is simply being Himself. And so with the other attributes.

One God! One Majesty! There is no God but Thee! Unbounded, unextended Unity! Unfathomable Sea! All life is out of Thee, and Thy life is Thy blissful Unity. —Frederick W. Faber

To keep reading more download the free pdf from the link at the bottom of this page!